For this I am using a Raspberry Pi Zero, a slightly older generation without the built in wifi. The headers have been soldered to the zero and scroll phat. Not the best job in the world but it will do. Due to the fact that the Pi Zero only has two usb ports, 1 for power and the other will have to switch between keyboard and Wifi Dongle. So getting this headless as fast as possible is key. 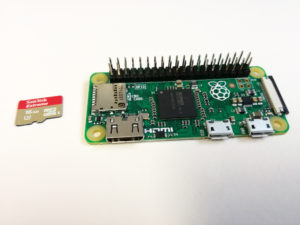 The 16gb SD card is a tad over kill but I just generally buy the most cost effective one. 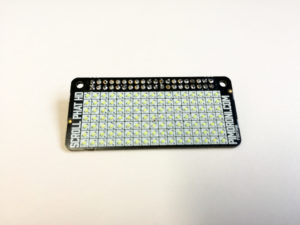 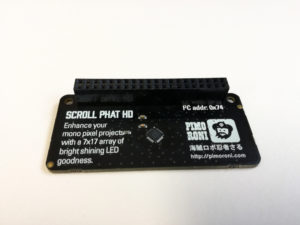 Scroll Phat HD is available from those pirates over at Pimoroni 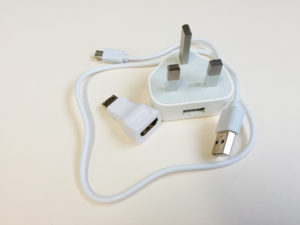 Using an old iPhone charger to power this, hope its enough. 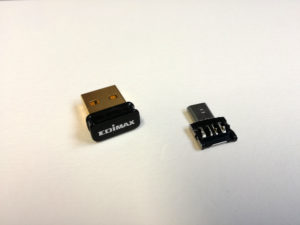 Using an Edimax Wifi adapter, its a Realtek RTL8188CUS. Then you need the OTG adapter to make it fit the micro usb port on the Pi Zero. 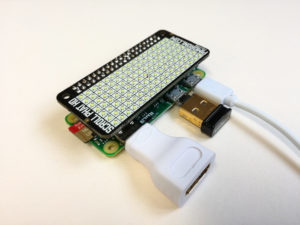 Here is the completed setup, ready to plug into a hdmi monitor.